Learning Disability Wales is excited to announce we are teaming up with major UK rock band IDLES for an online fundraiser for our Gig Buddies Cymru project.

Read an easy read version of this news story (PDF)

The online fundraising gig is being organised by IDLES bassist Adam ‘Dev’ Devonshire to raise funds for Gig Buddies Cymru and to help us to recruit more Gig Buddy volunteers.

Gig Buddies Cymru tackles loneliness and increases access to live events and culture by matching adults with learning disabilities (and/or autism) with a volunteer who shares the same interests so they can go to gigs and events together.

The online gig will feature comedy from Stewart Lee, Seann Walsh, and Josh Weller, and music from Mclusky, Willie J Healey, TV Priest, Fenne Lily, Dogeyed and Wilderman. An online raffle will feature prizes from major acts, including The National, Supergrass, Sharon Van Etten and Mogwai, and a signed guitar from all the artists playing the online gig.

“After witnessing first-hand what vital and wonderful work Gig Buddies do, it has been an honour and a privilege for me to be working with them and raising awareness of the wonderful service that they provide. Music and live events provide us all with so much happiness and catharsis and everyone deserves to have that joy in their lives.

“The Cardiff chapter of Gig Buddies has recently expanded into North Wales and have rebranded as Gig Buddies Cymru and are now looking for a number of new volunteers and extra funding to help with this. Hopefully we can raise enough to provide them with what they need and then, fingers crossed, we’ll be able to also raise enough to then start a Bristol chapter of Gig Buddies. But that’s not ignoring the other chapters in the rest of the country, of course!”

The event will be streamed from Exchange in Bristol on Sunday 20th June. Tickets are available to purchase now for a suggested donation of £5 with an additional option to enter the raffle.

Money raised from the event will be split between Gig Buddies Cymru and developing a Bristol chapter of Gig Buddies.

Kai Jones, project coordinator with Gig Buddies Cymru, said: “The pandemic has forced the whole country to experience the loneliness and isolation that many people with a learning disability face in their day to day lives. Gig Buddies is a simple concept that creates new friendships through shared interests, whether that’s going to a gig or the theatre, watching sport or visiting a museum, but it can have a powerful impact on someone’s life.

“We’re overwhelmed by the support we’ve had from Dev. During the pandemic we’ve been keeping people connected through online events and supporting people to meet outdoors whenever it has been safe. Now that restrictions are being lifted we are putting all our efforts into supporting new Gig Buddy friendships, and we need lots more volunteers to do this.”

The Gig Buddies scheme was founded in Brighton by the charity Stay Up Late in 2012 and has since spread to 11 other chapters across the UK, plus one in Sydney, Australia.

To purchase tickets for the event and/or buy raffle tickets, please go to: http://hdfst.uk/E64312

Do you want to volunteer for Gig Buddies?

For more information on becoming a volunteer for Gig Buddies Cymru visit get in touch with the Gig Buddies team, email: gigbuddies@ldw.org.uk or phone 029 2068 1160. 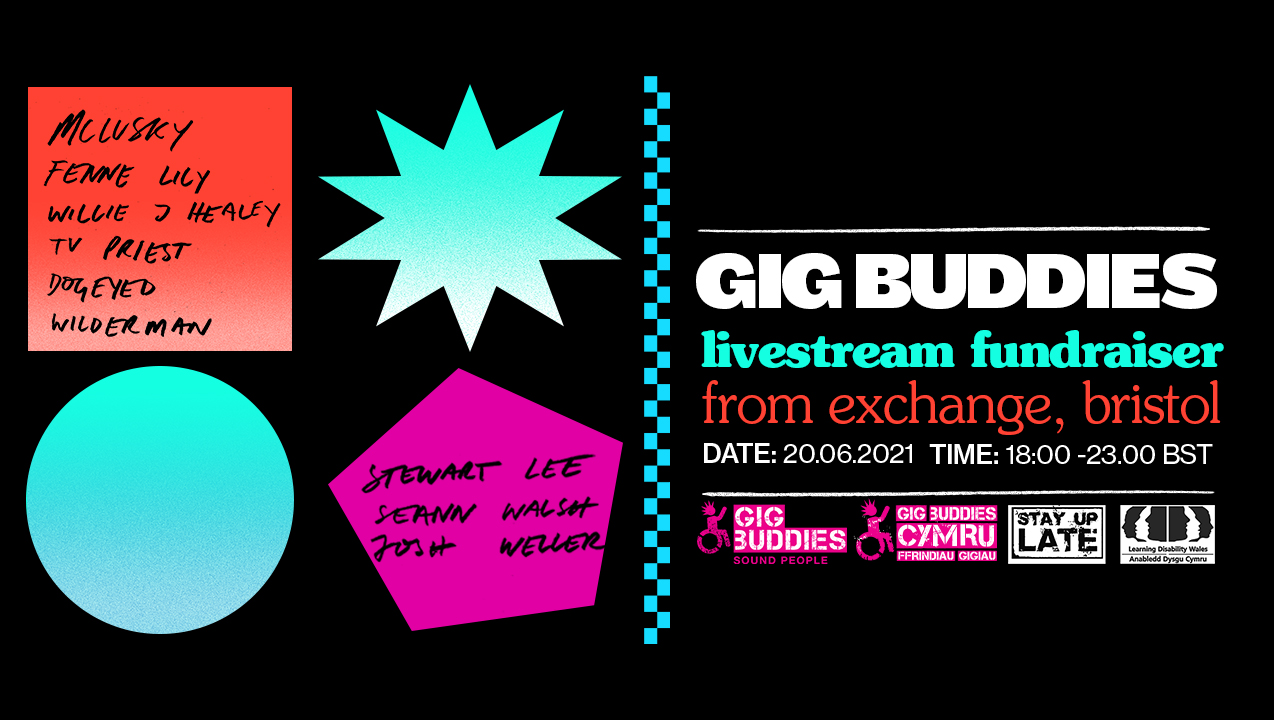